The Rule of Law Strikes Back 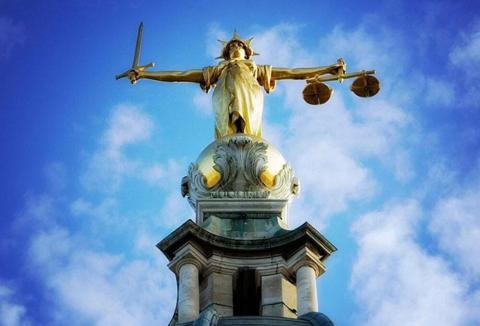 “One rule for them…” the refrain goes, “and another for the rest of us.”

It has been a torrid time for the rule of law in recent years. Judges are “enemies of the people”, the court backlog continues to grow and Chris Grayling was briefly Justice Secretary.

Now it is a torrid time for the Government. It isn’t sleaze, Christmas parties or wallpaper bringing the government low: it is the humble principle that everyone is equal before the law.

And as it moves on from these recent scandals, the Government is introducing new measures restricting people’s freedom together with proposals for a new British ‘Bill of Rights’.

The irony, it seems, is lost on them.

Equality before the law is the second of three pillars of the ‘rule of law’ first described by the Victorians in 1885. The definition has moved around somewhat over the years. But the “one rule for them” criticism is effective in the UK because the rule of law, in a general sense, permeates our national consciousness.

So when the rules on standards are changed to suit one MP, or when parties are (allegedly) held in Downing Street during lockdown, or the Prime Minister (allegedly) misleads his standards adviser on who knew what about wallpaper, it feels very wrong. Boris does not follow the rules that apply to others, and that is not fair.

This is what has cut through, but the rule of law has been strained for quite some time. It is possible to overstate this argument. The Prime Minister quite rightly, if awkwardly, declared we are “not a corrupt country”. No one really doubts that elections are free and basically fair, or that judges retain their independence.

But the price of liberty – as guaranteed by the rule of law – is eternal vigilance. And there are worrying signs.

Once again, the Human Rights Act (HRA) is in the Government’s sights. It is easy to get a headline bashing unelected European judges, but much harder to actually do anything as the HRA works reasonably well. It ensures that human rights cases are dealt with in UK courts, rather than having all cases heard before the European Court of Human Rights in Strasbourg. But is this actually a threat? The proposals could result in claimants having, once again, a direct line of appeal to Strasbourg. That conclusion is so obvious that a cynic might suppose that this is the prelude to a subsequent withdrawal of the ECHR altogether.

Or take the Government plans to ban the judicial review of asylum cases which allows the Home Office to act irrationally, incompetently or unreasonably without redress. How could that possibly go wrong?

On what seems like safer ground for the Government, let’s look at the proposal for mandatory life sentences for those who unlawfully kill an emergency worker in the course of their duty (so called ‘Harper’s Law’). What’s not to like? In the political calculus, victims: good, murderers of police: bad. As a former special constable I have a lot of sympathy with this.

But the proposed law makes no sense.

Sentences should fit the crime, and crimes vary. Parliament sets sentencing guidelines but leaves judges some discretion. Imagine a police officer breaking up an illegal party in Downing Street, catching covid and dying. Life sentences all round?

As always, the Devil (or in this case the Angel), is in the detail. Judges will be able to impose different sentences in “exceptional circumstances.” And all circumstances are exceptional. So it’s another pointless law.

Aside from the headline grabbing, the biggest threat to the rule of law is neglect. When the Daily Mail ran its “Enemies of the People” headline, current leadership hopeful Liz Truss said… nothing. Backlogs continue to grow: in the Crown Court it increased by 48% between 31 March 2020 and 30 June 2021. Justice delayed is justice denied, including for police officers killed in the line of duty. Maybe targeting court delays would be a better target for activist Justice Secretaries.

Should we be worried by neglect, cheap shots and bad law? It doesn’t reflect well on the Government, but the rule of law in the UK is tough, and not quite what politicians think it is. Flag wavers want it to be a Great British export, a symbol of democracy against tyranny.

And that is right, but politicians cannot have it both ways. The courts have to deal with arguments rationally, interpreting laws that are made by Parliament as sensibly as they can. Where those laws are internally inconsistent or meaningless the judges have to make a decision.

And while the public has an ambivalent relationship with courts, people are acutely sensitive when the rule of law appears to be applied unequally. A Prime Minister who wants to “have his cake and eat it” was never going to work well within the constraints of a rational rule of law.

Will he instead become a victim of it? If so, it wouldn’t be “one rule for them” after all.