I recently asked a friend about their thoughts on how to save the planet, and they replied, “it’s a problem for future me.” Their response was so brief and careless that I was left completely bewildered. I was left there thinking to myself “Why would someone say that?”.

So, I moved on and started asking a few other friends and acquaintances. Turns out a large number of individuals think they can’t make a big enough impact. This perspective is what makes many of us disregard the dangers of climate change entirely.

It’s the same reason why you shouldn’t vote, of course. And definitely at least one reason not to start a business.

How can I save the planet anyway?

Ever heard of Aesop’s tale “The Bundle of Sticks”? It’s a tale about strength through unity.

On their own, the group of brothers (each represented by a single stick) would have stood no chance against life’s challenges. Yet together (as a bundle of sticks), they were unbreakable and able to hold their ground. In the same way those brothers came together to become stronger.

So you shouldn’t bother to save the planet, if you’re going to do it alone – because you will fail.

At Adviserly, we’re helping small businesses work together around the world. Problems don’t come much bigger than climate change or species loss so they need an international response. But “international” involves travel, whether for people or goods, or energy intensive cloud computing and email. So how can we work together without making the problem worse?

If you care so much, save the planet yourself

We took at look at ourselves in the mirror and identified 5 ways we can pitch in, right now (let us know what we have missed):

1) All that coffee. We’re watching where it comes from, how it’s grown; we’re drinking milk alternatives as well as the old fashioned white stuff.

2) On your bike (or bus). We don’t actually own a car and live in a city with one of the best public transport networks in the world, so this one is pretty easy for us, though we appreciate that’s not true for all.

3) Energy Energy Energy. We rely on the cloud, which relies on data centres and energy. Our data centres are in the UK and the Netherlands, but we need to keep an eye on this and where their energy comes from, and figure out ways to help our members do the same.

4) Waste not want not – we’re trying to minimise waste. As they say, reduce, reuse, and recycle. Those coffee cups again. And if you think our fashion sense is a little dated, you’ll know why.

5) Investing responsibly. As a startup, money is more of an aspiration than an operational reality, but we’ll get there. More to the point, we’ll need to really vet our investors, when we get them, to make sure we’re all after the same thing, and not just chasing the next dollar.

Want to help? Great! Have a look here.

United we stand, divided we fall.

It’s not my fault, you do it

Over the past few years, we’ve all heard the argument that older people don’t care about the environment. The idea that the younger generation is left over with chaos and struggles surrounding climate change.

Well as it turns out that view is simply not true.

A recent public poll revealed that in the UK and US, young people are more resistant to changing their behaviours to help tackle climate change. Reports from the BBC also show that since the 1980s, the number of extremely hot days every year when the temperature reaches 50C have doubled.

But this form of shifting blame and divisiveness doesn’t really matter. It’s not about age, gender, ethnicity, or religious belief, it’s about attitude. Those businesses or individuals who benefit from the status quo have less incentive to change the system. At Adviserly we are building an international community who are embracing change and actively working to promote it.

It’s time to take a stance

Future me, myself and Adviserly

With the UN Climate Change Conference (COP26) being just around the corner, world leaders and activists from across the globe will be attending. The event is expected to bring in between 20,000 and 25,000 attendees to discuss ways in which we can all collaborate in tackling climate change.

One of Adviserly’s core values is to protect the things we share – our common humanity and natural world.

We want to empower those who are passionate about their cause, who can provide innovative thinking to tackle one of the biggest cross-border problems we face.

It’s not the job of future me or your job, alone. It’s the job of all of us, together. 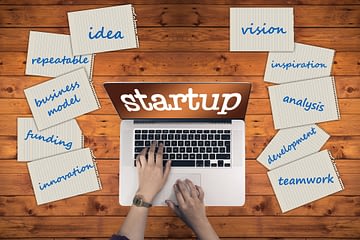 LinkedIn0Tweet0Facebook0 New customer segments, new engines for growth and bumping off the competition are all tried and tested approaches for cross border start-ups to scale. But expanding overseas? This often comes at the cost of Read more…

Are virtual firms a silver lining to the pandemic?

LinkedIn0Tweet0Facebook0 Every metaphorical cloud has a virtual silver-lining. The coronavirus pandemic has been and remains a personal and global calamity. Lives and jobs lost, livelihoods and plans ruined. It has also forced corporations to re-consider Read more…