How to instruct a lawyer: 5 surprising things that motivate lawyers

“Let’s kill all the lawyers!” yells the Shakespearian actor, gleefully, knowing it is guaranteed a laugh.

It was funny in the 16th Century and it’s funny now, the lawyer-bashing theme being reinforced by Dickens, Kafka and even the writers of Suits. But it is not how to instruct a lawyer.

Lawyers around the world have to comply with strict regulation. Rather than being rogues, they are usually honest, decent human beings and regulated more tightly than a French cheese maker.

How to instruct a lawyer and make the most of them?

There is clearly something of a misunderstanding between lawyers and clients.

A lot of articles are written by lawyers about ‘how to understand the client’, to show how business-savvy and client friendly they are. A little less is written about how to understand where lawyers are coming from.

Like Shakespeare’s Henry VI (the play from which “Let’s kill all the lawyers” comes from) I’m going to break down ‘how to instruct a lawyer’ into three parts:

1. The five things that motivate lawyers (below);

2. What to do before instructing lawyers (the subject of next week’s blog); and

3. How to get the best out of your lawyers (the week after that).

So, what are the 5 surprising things that motivate lawyers?

The lawyer in me wants to highlight that lawyers are not all the same and what follows is obviously a generalisation based on my experience and that of the lawyers I know.

1. The primary aim of junior lawyers is not ambition or bonus or anything TV would have you believe: it is the very simple desire not to look stupid. The law is tricky and offers ample opportunities to make simple but significant errors (such as late filings or registrations or transferring incorrect amounts of money…) From law school onwards, where the mistakes of other lawyers are laid bare in the case law, lawyers are led to a pathological fear of mistakes and failure.

(On a related point, far from being afraid that tech will take their jobs, junior lawyers like it, because it helps them not look stupid.)

2. Partners, meanwhile, with their concerns for the bottom line of their practice, obtaining new clients, insurance and all that comes with operating a highly regulated practice, have an entirely different set of concerns. They want happy clients, the bills to be paid and they don’t want to look stupid.

This well reported risk aversion is not generally conducive to an entrepreneurial spirit. The best lawyers combine accuracy with a businessperson’s sense of proportion. Lawyers in small firms often get to this stage sooner than others, which is why Adviserly is looking for them in particular.

3. Lawyers hate the billable hour more than you do. Imagine someone asked you to do a maths exam under time pressure and linked your career and bonus to the result. Imagine that repeated every day and often well into the evenings.

4. Lawyers do not want to record as much time as possible on your matter because it makes them look stupid if they take ages to do something that should be quite simple. And as we have established, lawyers don’t like that.

5. Many lawyers dislike talking about money, having been trained at a precision skill rather than what is effectively sales. So they under quote because it makes them seem smarter, avoid updating the client on fees, and even sometimes delay sending the bills out. Because if a client queries the bill, there is the risk that the lawyer might look stupid, and… you know the rest.

Let’s not kill all the lawyers

There are countries that don’t care about the rule of law, human rights and a free economy. In those countries “let’s kill all the lawyers” is not a joke. And because businesses depend on a predictable, rules-based order to operate, free of graft and arbitrary government decisions, lawyers are vital for businesses too.

A desire not to look stupid ultimately comes from a desire to get things right – which is admirable in anyone, especially your trusted advisers.

The practice of law needs fixing, but don’t be too hard on your lawyer. They might be just as afraid of you as you are of them. 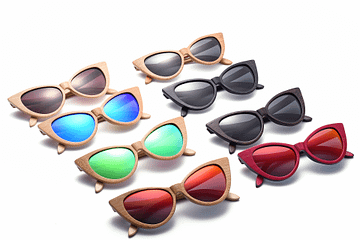 Broken filters: fixing how we find lawyers and accountants

LinkedIn0Tweet0Facebook0 As we start building the Adviserly platform (hooray!) our priority is to make it easy for clients to find lawyers and accountants that fit. We’re talking about filters, how we currently use them without Read more…

How to lose a good lawyer in 10 ways

LinkedIn0Tweet0Facebook0 So you’ve figured out what you want to do, done the preparation, considered your lawyer’s point of view and spoken to Adviserly… you have done everything you can to find a good lawyer! Now Read more…

How to instruct a lawyer: 5 things to do before

LinkedIn0Tweet0Facebook0 Donald Rumsfeld – he of the 2003 Iraq invasion – is not someone normally quoted favourably by lawyers. But he articulated one situation that faces business owners all the time, which is very relevant Read more…